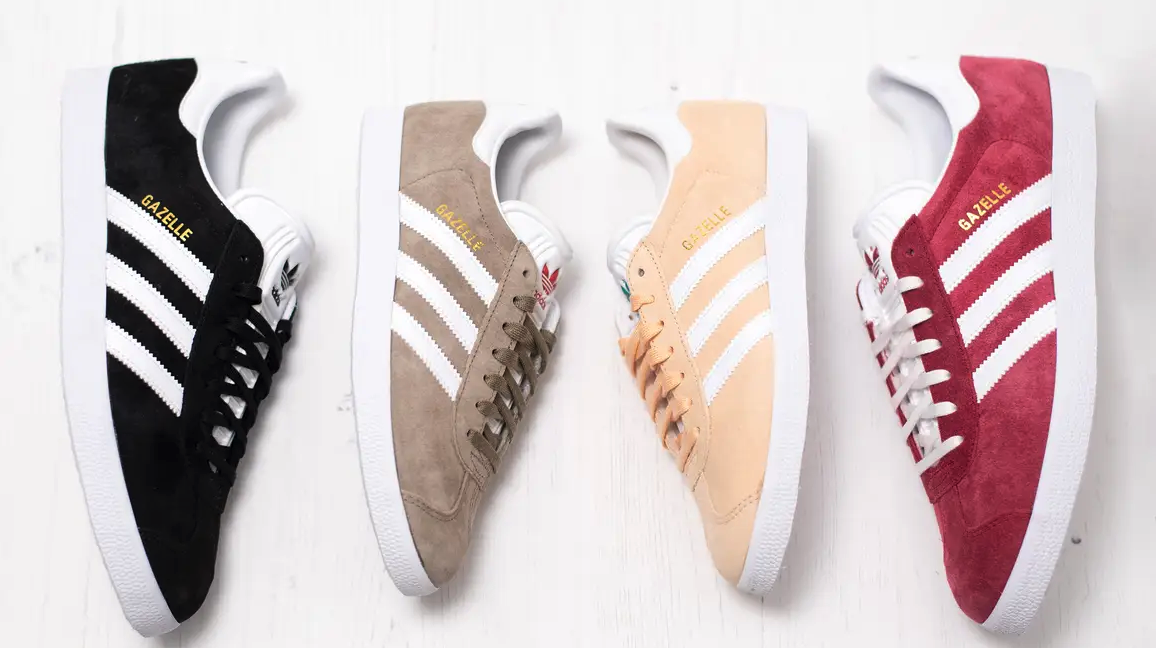 The Adidas Gazelle – A True Icon

As far as shoes are concerned, they don’t get more iconic than the Adidas Gazelle. Since the shoe’s inception in 1968, the Gazelle has imbedded itself within numerous subcultures and remained a must have shoe for decades. Writing today in March 2021, the shoe remains popular and regularly worn by various groups of subcultures.

What made the shoe so popular?

It was the first Adidas shoe to be made from suede, in comparison to all other training shoes at the time, which were made from leather. Suede is lighter and suppler; however, it still maintains a good level of protection. The reason for the shoe’s creation is still a hot debate which fans can’t seem to agree on. Although it does appear it was designed as some kind of training shoe. The outsole was also a different colour, each variation offering different amounts of traction, dependent on each sport.

Prominence in the UK

The Gazelle was heavily advertised in UK based catalogues for general leisure use, albeit with limited colourway options. UK fans of the shoe had to wait until the early 1990’s to have the choice of numerous colourways which had been available in the USA for years. It came to relevance in the UK from the early 1980’s, particularly popular in Northern England. The Gazelles were routinely worn by iconic UK figures, such as Oasis and Blur, making them a must have for their many millions of fans.

The 90’s gazelle was chosen as the retro style in 2016 that Adidas would use to re-launch the shoe. The 2016 Gazelle was re-modelled slightly, whilst maintaining the overall 90’s look that inspired it. Still worn by millions today, the Adidas Gazelle remains a go to leisure shoe for many, a timeless classic.